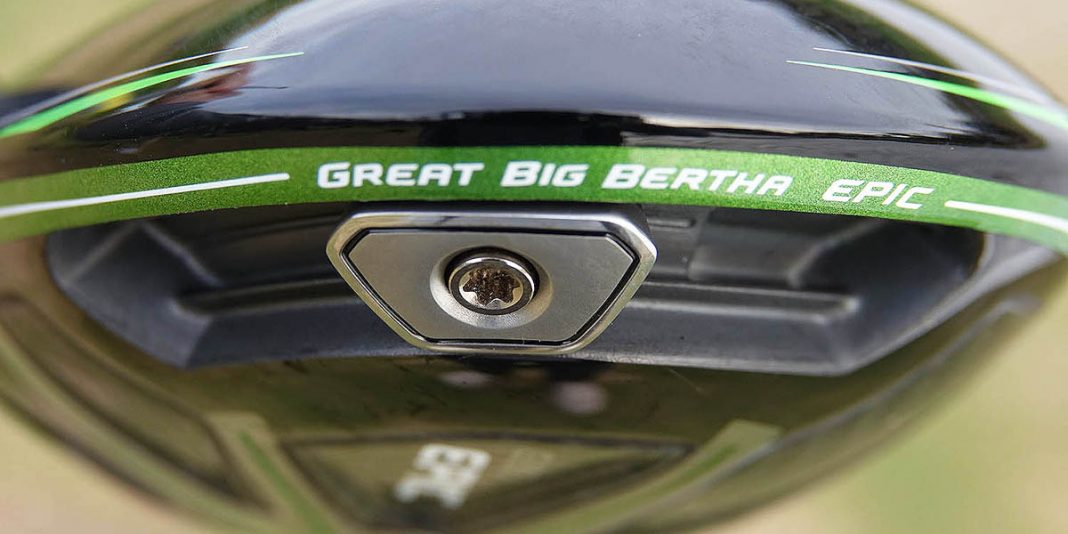 Does the new Callaway EPIC live up to its name? We report after an early in-hand look

You’ve likely seen the teasers and buzz from Callaway & Co. across the globe …

Yes, “something EPIC is coming” and it arrives Jan. 27

The new Callaway EPIC line – redesigns of their overly popular Great Big Bertha models – have arrived with a lot of promotion. If you’ve paid attention, you already know these designs are based around a brand new technology Callaway calls, Jailbreak.

The idea behind Jailbreak – a strategic placement of two metal bars directly behind the face – is that it “profoundly changes how the head behaves to increase ball speed and distance,” says Callaway.

“At impact,” they explain, “a driver’s crown, sole and face each bend, flex and rebound. Jailbreak positions two ultra-light (3-gram), ultra-strong titanium bars behind the face, connected to the crown and sole. Jailbreak bars reduce crown and sole deflection, allowing the face to take on more impact-load to focus more energy – physicists call this “energy lensing” – across more of the face to promote longer average distance from swing to swing.”

The GBB EPIC consists of Callaway’s lightest crown ever in its new Exo-Cage design – a strategically-designed skeletal frame that holds triaxial carbon material which takes up nearly half (46 percent) of the head’s surface area. This incredibly light and strong multi-material construction allows for extremely high MOI and low CG to promote the ideal trajectory vs. spin combination we all seek.

Callaway has also upped the ante with EPIC through a redesigned track and heavier sliding weight (17 grams) that deliver 21 yards of shot-shape correction – a 22-percent increase over the Great Big Bertha. What this helps, says Callaway, is “to dial in straighter flight while maintaining exceptionally high MOI.”

Hype aside, is the Callaway EPIC truly epic?

It’s common these days for robust OEM marketing campaigns to tout “groundbreaking technology” around launches, and Callaway has no doubt done so with the EPIC.

But do these new clubs actually live up to the hype?

We did our best to answer this question at a sneak-peek demo event in December. Check out our own take after hitting the EPIC in Scottsdale below, as well as in-hand photos, and full features and benefits of Callaway’s new flagship driver and wood designs.

After a rundown from Callaway EPIC product engineers proving first-hand the company is genuinely (very) excited about these clubs, I can personally attest they have good reason to be proud of their new product. Because – sexy promotion and cool names aside – Jailbreak WORKS.

At least it did for me and my GolfTEC compadres who hit it. Here are some key takeaways GolfTEC’s Nick Miller, Dave Pauley and I had after hitting the Callaway EPIC driver and woods:

Takeaways: As a golfer who hits the ball high and needs to get spin rates down off the tee, getting dialed in with the EPIC driver was impressive. The ball flight I achieved was spot on and the spin rate was exactly where it needed it to be to maximize carry and roll.

Bottom line: I was not only impressed with EPIC’s performance, the look and solid feel at impact (a “dead” feeling as opposed to “tin-like”) were equally as attractive. This is an awesome club that should compete with, if not win, against any other driver on the market for most players out there.

Takeaways: The EPIC looks amazing at address – clean top line and a great shape. It has more of the classic “pear” look than its predecessor, and even more so in the Sub Zero model. The first time I hit it, flight was penetrating and the ball seemed to jump off the face. The sound is a bit muted, more like a player’s club, which many golfers like regardless of ability level.

Bottom line: The EPIC is very forgiving considering any player’s profile, and it feels more solid on off-center hits than any Callaway driver I’ve hit.

Takeaways: EPIC’s feel reminds me of older Callaway models that felt HOT off the face – like you’re absolutely crushing the ball. It has a solid, muffled feel and sound (similar to its predecessor) in comparison to the “metal-like” feeling of the XR models. My solid hits no doubt went a mile (you’ll bomb this club!), but its performance on misses is what I liked most. Even with my common miss on the toe, ball flight didn’t vary much from a center hit, which is a home run in my book.

Bottom line: Callaway did a great job making EPIC more forgiving across the face, while maintaining – and improving – ball speed. Its speed, control and forgiveness combo will make EPIC appeal to tour players and 20 handicaps alike – an obvious home run in Callaway’s book, too.

As Callaway puts it: Epic distance for every player

More adjustability than Great Big Bertha, with new technology (Jailbreak and Exo-Cage) that strengthens the face and eliminates weight for more distance and ideal launch conditions. Callaway bills the EPIC as ideal for any player because of its improved adjustability, speed and forgiveness – the ultimate combination for everyone.

As Callaway puts it: Epic distance and forgiveness in our lowest spinning driver

Like its slightly older cousin, the XR16 Sub Zero, the GBB EPIC Sub Zero is geared toward the better player because of its high speed/low spin characteristics. But its Jailbreak and Exo-Cage technology make this player’s club Callaway’s “most forgiving Tour-level driver ever,” meaning it will appeal to a much wider range of players. The Sub Zero doesn’t have the same perimeter weighting track as the standard EPIC model, but its two interchangeable weights allow for a spin rate adjustment of up to 200 rpm, which can make for a significant difference to the dialed-in player.

As Callaway puts it: Epic distance for every player

The Callaway GBB EPIC fairway woods don’t incorporate Jailbreak technology, but they do use a combination of triaxial carbon material and Callaway’s fourth generation of Hyper Speed Face Cup technology to increase ball speed and forgiveness across the entire face. Easier to launch high, hit far and do so anywhere on the face is the theme with this club.

As Callaway puts it: Epic distance and control

The GBB EPIC Sub Zero delivers everything better players look for in their fairway woods: Low-spinning characteristics, a clean, low-profile square-looking face, and adjustability to dial these characteristics in even further. Using EPIC’s triaxial carbon crown, the Sub Zero fairway woods have the lowest CG of any Callaway fairway wood.

Ready to purchase clubs? Schedule a TECFit with a local GolfTEC Coach today! 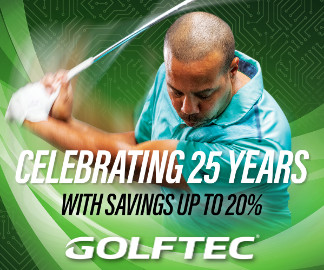