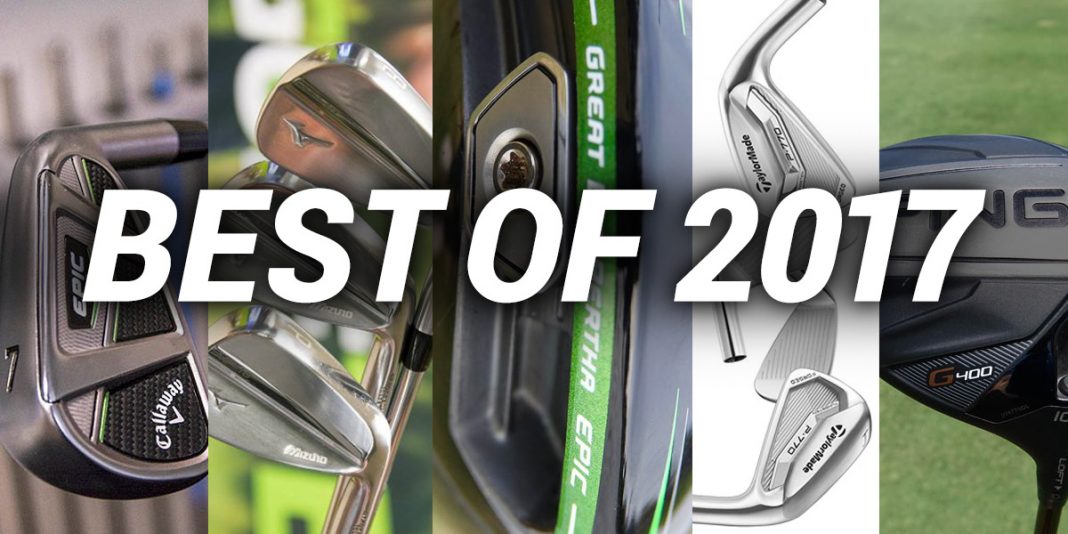 BEST OF 2017: Revisiting the top five equipment stories appearing on the GOLFTEC Scramble this year

From star-studded appearances, innovative instruction to industry-rocking equipment releases, the GOLFTEC Scramble covered a lot of ground in 2017. As the year comes to a close, we take a look back at the best of the best articles appearing on the GOLFTEC Scramble, and we’re kicking it off with our top five equipment stories.

So, take a look below, remember the year that was and, as always, visit your local GOLFTEC if you’re interested in demoing or purchasing this industry-leading golf equipment!

A solid follow-up to the TaylorMade PSi series, the TaylorMade P770 irons and P750 irons made a big splash in 2017. Appealing to those with a 15 handicap or less, both models have a ton of technology packed into their compact heads, making these clubs true keepers on top of their appealing looks and feel.

GOLFTEC’s Jon Levy breaks down the review of the TaylorMade P770 irons and P750 irons.

“Nothing feels like a Mizuno,” they say. That’s a bold statement – but true, when referring to the Mizuno MP-18 irons. Offered in four models that feature improved aesthetics, seamless integration between models and a new Grain-Flow HD (high density) forging process, MP-18 irons are perhaps Mizuno’s most revered creation to date.

Hear what Mizuno’s Chris Voshall had to say about these next-level irons.

Hopefully you haven’t been hiding under a rock the past 12 months, because this year in the golf equipment game was EPIC. The Callaway Epic driver earned its place as THE golf equipment story of 2017, but Callaway Epic irons made quite the splash, too. Epic irons originated from a robust, open-ended RFP from Callaway’s CEO to engineers to provide “innovation without boundaries.”

Take a look how Callaway pushed their boundaries in the iron department like never before.

GOLFTEC’s Dave Pauley and Jon Levy review the G400 with the talented engineers who designed it.

We said 2017 was EPIC, didn’t we? With the release of the Callaway Epic line in 2017, the Callaway Epic driver took over as the No. 1 driver in the game. Highlighted by Jailbreak and Exo-Cage technology, Callaway bills Epic ideal for any player because of its improved adjustability, speed and forgiveness – the ultimate combination for everyone.

Check out our in-hand review of Epic and see why it tops our list of golf equipment stories in 2017.