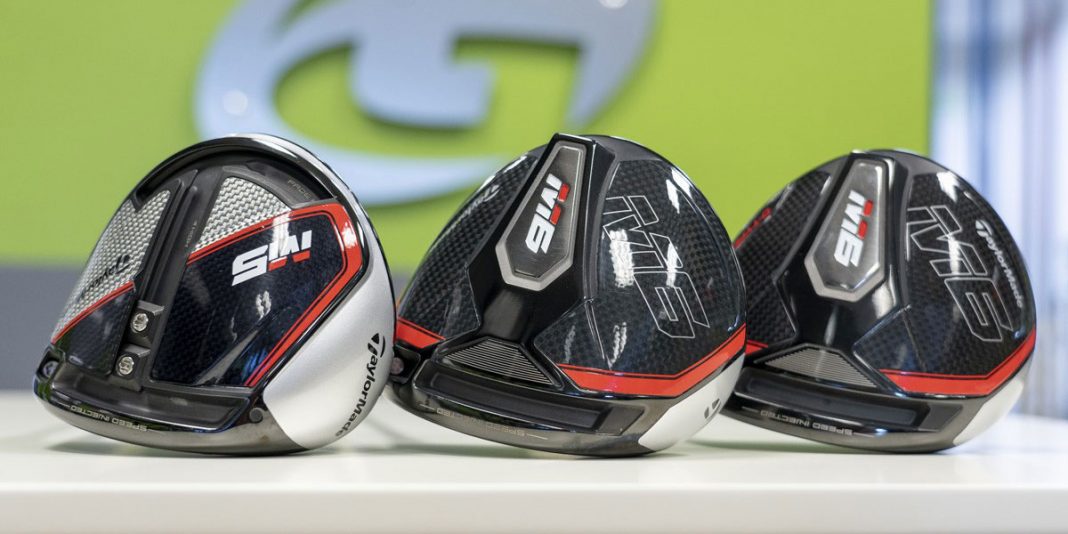 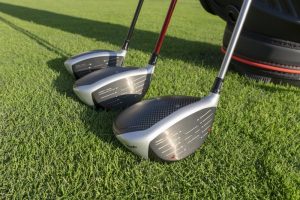 No matter how avid of a golfer – ahem, player – you are, it’s a challenge to keep up with the latest advances in equipment.

“Twisted” clubfaces, vertical bars placed within the clubhead, an unending array of adjustable weight configurations … the list goes on.

It’s confusing. Without the help of an expert, it’s also nearly impossible to know what’s best for your game.

Of course, that last point – what’s best for your game – is something golf equipment companies put A LOT of stock into making you believe lies with them. Which makes it even more difficult to discern hype from truth. 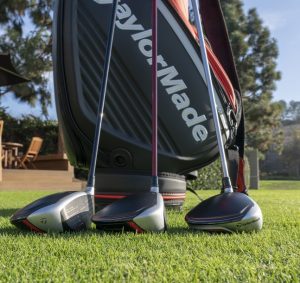 A hard-fought battle in recent years to lead the woods category between the Carlsbad-based giant and its neighbor, Callaway, has spawned a war of attrition that’s likely affected their competitors more than each other.

Equipment innovation naysayers will point to puffed-up marketing, short product cycles and no real advancements as the biggest reasons for consumer confusion – with TaylorMade and Callaway at the top of Blame Mountain.

While those first two points have validity, to say there’s been no real innovation just isn’t accurate. Callaway’s Epic in 2017 and Rogue in 2018 drew bona fide adulation from consumers due to Jailbreak. TaylorMade’s Twist Face in the M3 and M4 lines, featuring a revised take on bulge and roll, did the same last year.

Now TaylorMade has unveiled another new technology in its M5 and M6 drivers and woods: Speed Injection.

Better? Yes. Miracle-inducing? Of course not. 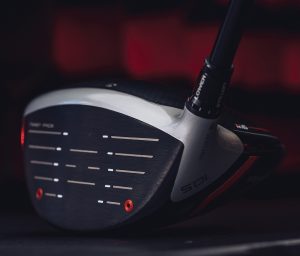 Before we go further, first a disclaimer if you’re calling B.S. on the notion that innovation is nothing more than propaganda: Yes, equipment advances are a real thing. No, that doesn’t mean you, with a clubhead speed of 89 MPH, will hit the ball 350 yards like Dustin Johnson if you buy the products covered in this review.

It does mean the sum of the parts – the average performance of a whole bunch of your shots – is better with clubs employing technology like Speed Injection than your gamer of three years ago.

Of course, that still depends on how any new driver you hit is optimized for you compared to Old Trusty, which leads to the shameless plug for GOLFTEC: Get fit. You’re wasting money and yards if you don’t.

On to the clubs …

Demo and purchase the TaylorMade M5 and M6 driver and woods at GOLFTEC! 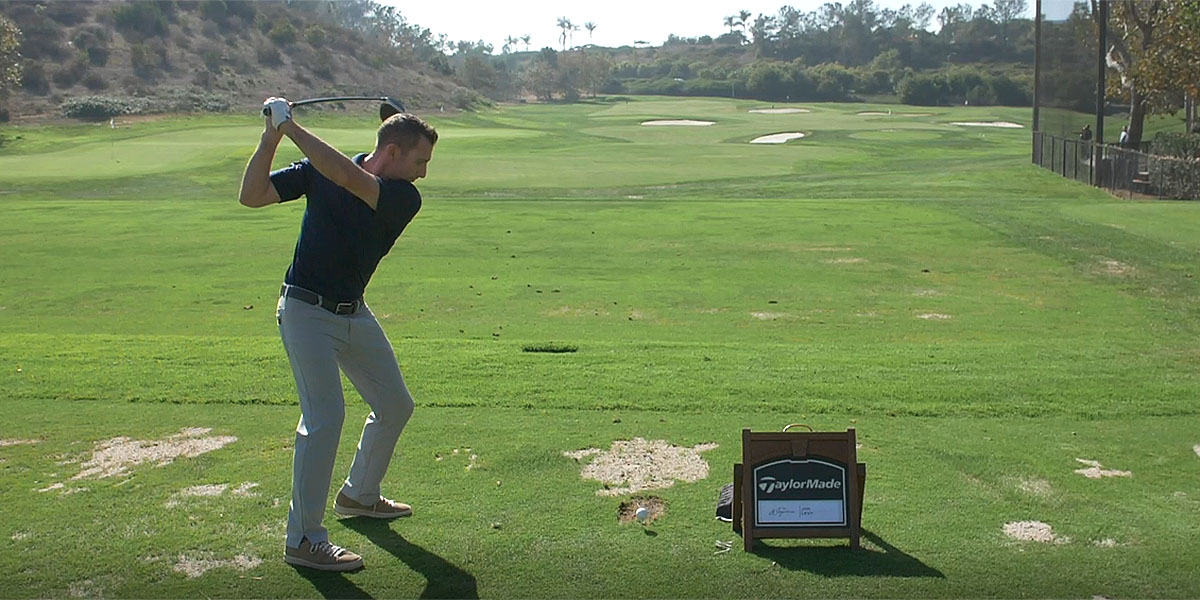 The following statement may or may not come as a surprise: You don’t hit the same club as your favorite tour player.

Sure, those well-publicized prototype clubs are one thing. But even the same club with the same shaft you play is slightly different than what DJ has in his bag. That goes for what your Saturday four-ball partners have in theirs as well.

Because the fact is that manufacturer variabilities, with every OEM, are unavoidable. So, naturally, tour players get the best of the batch and the rest of us get the bulk of what’s left.

In an effort to address this, the TaylorMade M5 and M6 driver & woods line feature varying amounts of resin injected behind the clubface to even out tolerance differences in every club manufactured.

TaylorMade effectively figured out a way to make a face with more trampoline effect (CT or Characteristic Time) than what’s allowed by the rules of golf, then insert a resin behind the face through ports at the toe and heel to dial back the measurement until it falls within the stipulated guidelines. 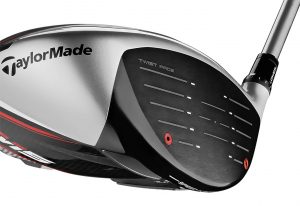 The result? Every driver manufactured lives up to the fastest, best performing clubs that used to only end up in a tour player’s bag.

Drivers and fairways that are more forgiving with spin less seem to be latest M.O. in golf equipment. The TaylorMade M5 and M6 driver & fairway woods are no different.

Both M5 and M6 offer a 65 percent larger COR (Coefficient of Restitution) area. Speed Injection technology, says TaylorMade, has optimized a bigger portion of the face for faster ball speeds on mishits.

While there are other improvements noted below, the face injection process and more forgiving, lower spinning characteristics of M5 and M6 are without a doubt the headliners of the line.

Similar to the M3 and M4 driver line, the TaylorMade M5 and M6 drivers are offered in four models: M5, M5 Tour, M6 and M6 D-Type. Each has its own characteristics geared toward the specific needs of all golfers.

Aside from the Speed Injected Twist Face in all four drivers, M5 features a new, Inverse T-Track system that moves two 10 gram weights across a greater area of the club to optimize spin and trajectory, and increase MOI (forgiveness).

It does this by positioning weight farther back along the perimeter of the club to adjust move CG position deeper. The new Hammerhead 2.0 slot also assists the Speed Injected Twist Face create a larger sweet spot (65 percent, according to TaylorMade) to preserve ball speed on mishits.

Geared toward the better player, the smaller head of M5 Tour compared to M3 440 (435cc vs. 440cc) has been optimized to increase speed and add to the pear-shaped, players club look at address.

Though not as forgiving as the standard M5, M5 Tour promises more control over shot shape and spin for players needing that out of their driver.

Looking for high, straight bombs? The TaylorMade M6 driver is your ticket. Carrying the same Speed Injected Twist Face and Hammerhead 2.0 slot technologies as M5, M6 features more than 1.5 times the amount of carbon than its predecessor, M4. This allowed for more weight – 46 grams in total – to be put within a new Intertia Generator that moves CG lower and farther back. So, it’s more forgiving on top of being faster.

A further improved option for slicers compared to the M4 D-Type, TaylorMade has moved CG closer to the heel in the M6 D-Type and closed the face 1 degree. The closed face has been balanced out by an open-looking topline. TaylorMade said the M6 D-Type encourages a ball flight that finishes an average of 20 yards to the left from its testing. 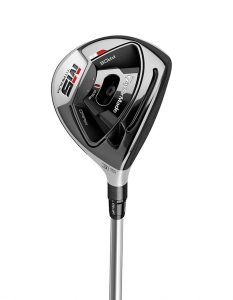 The M5 Titanium fairway wood, like the rest of the M5 and M6 fairway woods lineup, features Twist Face technology for the first time. Couple that with improved adjustability from a larger carbon crown and 65 gram moveable weight (vs. 29 grams in M3), and you’ve got a personalized, low-spinning rocket. Appropriately, M5 Titanium comes in a 14 degree Rocket 3 for those who tend to favor a 3-wood from the tee to a driver. 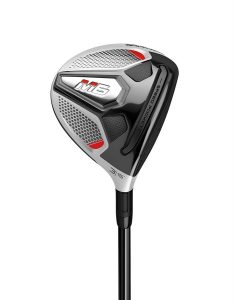 Utilizing Twist Face with a new design that moves CG back and lower in the head due to a larger carbon crown, the TaylorMade M6 fairway wood is even easier to hit from the tee or off the deck than its predecessor, M4. A new Advanced Speed Pocket design improves flexibility of the slot behind the face to provide a larger COR area and better off-center hit performance. 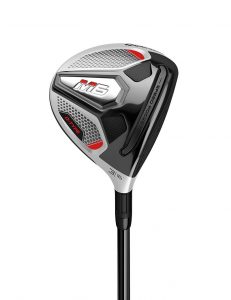 TaylorMade M6 D-Type fairway woods embody the same characteristics as the standard M6 fairways, but with a draw-biased design similar to the M6 D-Type driver. This club is easy to launch, and a good go-to on tee shots when all else fails for those who struggle with the banana ball. 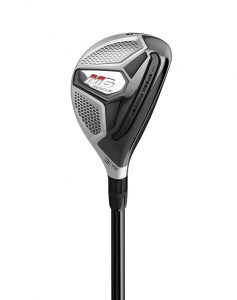 The TaylorMade Rescue all but changed the game in the early 2000s, and their flagship hybrid returns with the addition of Twist Face for the first time. A new Advanced Speed Pocket design provides a larger COR area for better off-center performance, as well as improved turf interaction from its new TPU slot insert.

Demo and purchase the TaylorMade M5 and M6 driver and woods at GOLFTEC! 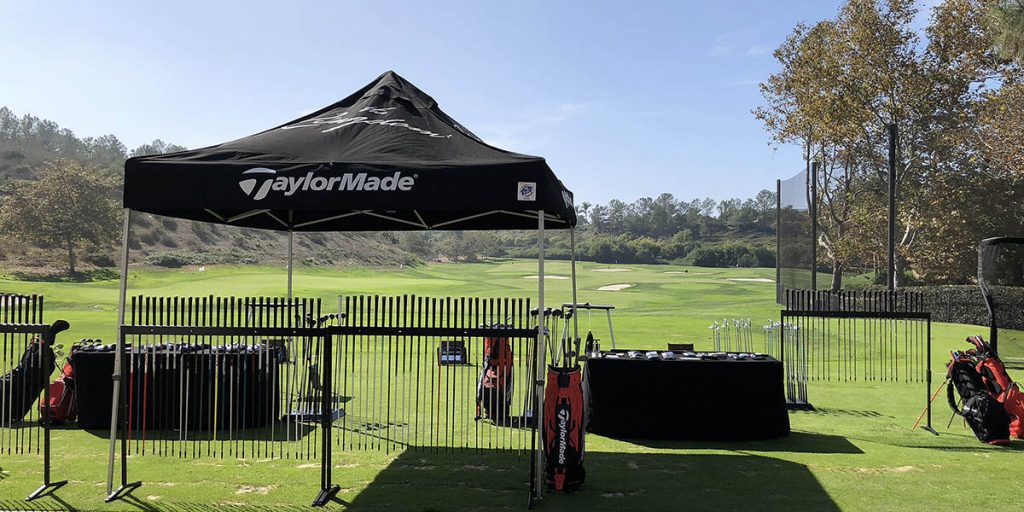 As far as the driver lineup, I will start and leave my overall reaction to this: I tested the M3 440 setup I currently play against the same M5 Tour setup in the below video. It yielded roughly a 4 MPH improvement in ball speed and slightly tighter dispersion.

No inflated numbers. No propaganda. Just an authentic performance test of one club against another. Take a look:

Looks: M5/M6 is similar in appearance to M3/M4, with a slightly different shade of silver, new orange accents and noticeably more carbon spanning across the clubhead in each model. Shape is also similar to M3/M4, with the M5 Tour appearing a tad more pear shaped and the M6/M6 D-Type more elongated in the back.

Feel: Every model I hit between the M5 and M6 line of drivers and fairways felt like they had more of that “thwack,” or dead sound and feel, than M3 and M4 that sway toward a metallic “ting.” I’ll clarify this is a good thing, as the ball sounds hot coming off of the face and feels powerful. 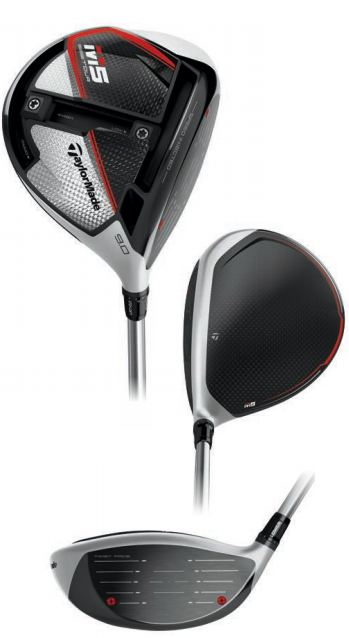 Performance: Admittedly when testing clubs, like many other golfers, I get into a groove trying to max speed and launch conditions. Of course, that doesn’t help when facing a tight par-4 with O.B. left and water right. But, as shown in the video above, the ball speed and dispersion improvements speak for themselves.

Overall: I’ll be the first to call out this review as being overtly positive, with nary a negative word to say about the TaylorMade M5 and M6 driver and woods. But that doesn’t mean the sentiment isn’t accurate. Because there are a lot of GREAT choices on the market today, and no matter what an OEM or anyone else tells you, nothing matters more than the confidence you have in your golf equipment.

For me, the TaylorMade M5 Tour is a driver that supplies a confidence-inducing combination of looks and feel, with the performance to back it up. I’m a fan of M3 440, and it seems TaylorMade has made some improvements with M5 Tour. It would be hard for me to not be all in.

I haven’t spoken much about the fairways, and even though they don’t employ the same Speed Injection technology as the drivers, enhanced weight and adjustability options improve on playability and personalization compared to the M3/M4 line.

Conclusion: The TaylorMade M5 and M6 driver and woods, led by Speed Injection, have taken everything Twist Face gave M3 and M4 and advanced with consistent performance, feel and sound. Obviously a great combination suggesting that, if you get fit for M5/M6 driver or the whole line of woods, you’ll be happy you did.