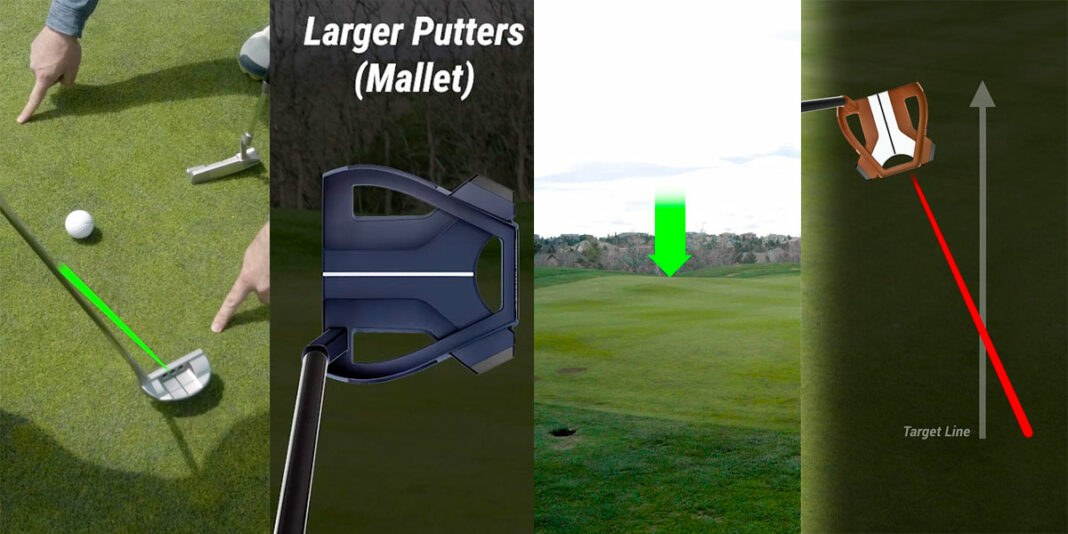 We’re wrapping up our beginners series with the most important skill of all: putting

It doesn’t matter if you’ve played golf for twenty years or two months, there’s one part of the game almost everyone can agree on that is the most important: putting. If your putting isn’t up to par (that’s a golf pun), then you’ll be fighting an uphill battle. But on the flip side, if a beginner starts out as a great putter, then the other stuff should be the icing on the cake.

Since putting is so critical, we’re breaking down the skill into four different videos. VP of Instruction, Nick Clearwater and Kenzie O’Connell are diving into putting basics, distance control, green reading and starting direction. If a beginner can get the basic grasp of these skills, then they’re on the right track.

In the first video of this article, Nick and Kenzie are addressing the overall basic goal of trying to get the ball into the hole in two putts. For any golfer, despite how long they’ve played, finding the bottom of the cup in two putts is an awesome accomplishment. Also, they’re talking about all of the different types of putters. There are a ton beginners can choose from but just like they discussed in the video about drivers, the bigger the better.

One of the trickiest parts of putting is hitting the ball with the right amount of speed. Hitting the ball too hard can send it flying off of the green but barely tapping it can leave you with another long putt. Nick and Kenzie discuss ways to work on perfecting distance control by bringing the putter the same length back and forth through the putting stroke.

If every putting green was completely level and the ball would just roll straight, then this game would be super easy. Putting greens have hills and bumps and trying to figure out how to putt the ball over these things can get a little frustrating while trying to get the ball close to the hole. In this video, Nick and Kenzie are talking about the basics of green-reading.

If there wasn’t a lot to putting already, if you hit the ball with the face of the putter opened or closed, this could cause the ball to move in a different direction than you intended. The best putters keep the face super straight to the target. In most cases, the target should be the hole. In this video, Nick and Kenzie share some tips on how to keep the face straight throughout the stroke.

Now that you’ve made it through the end of these four putting videos, our series for beginners has come to an end. We’ve covered a lot, what you need in your bag, ball flight, setting up, hitting driver, fairway vs rough, approach shots, and all the skills you need to become a great putter.

Hopefully, this series has encouraged all beginners to take that first step, hit the course and find that joy this crazy game brings to so many. And if you’re just starting out and need assistance, find a GOLFTEC Coach near you!

Ready to learn the basics of the game from an expert? Find a GOLFTEC near you today!