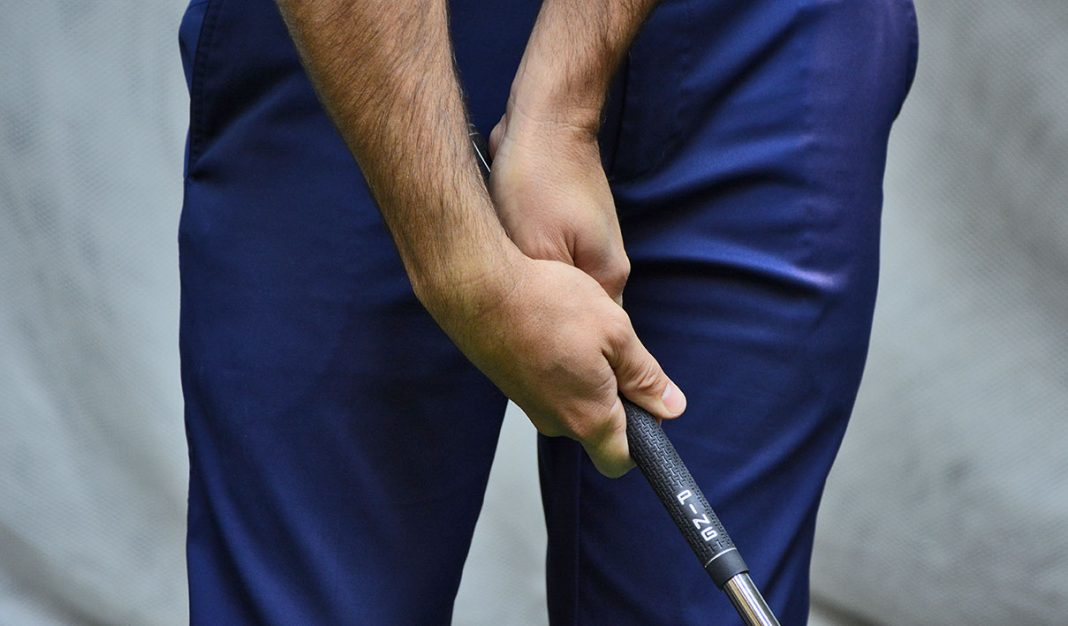 One of the most common issues for the average golfer is a breakdown of the lead wrist and arm through impact and into the follow-through. 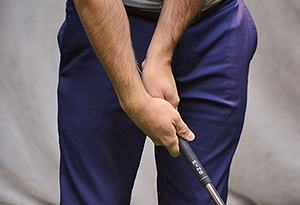 A breakdown of the lead wrist, or being “flippy,” can result in a multitude of shots ranging from heavy and thin shots to the “S” word (and it’s not a 4-letter word). Talk about frustrating! There are many training aids, special gloves, shirts, devices and systems for trying to stop the flip; however it seems nothing is working. It could be because the ‘flip’ is not a root cause; it is a by-product of other faults in the swing that are usually overlooked.

Why would a golf instructor, your buddies, websites, magazines and TV shows overlook other flaws in order to work on the flip? Because the flip is one of the EASIEST flaws to spot! Even without video it’s easy to pick out. Also, the golf professional needs to portray that they know what they are talking about, so, when they pick out something to work on, the student has to trust they picked something worth fixing. The flip is that thing.

What’s really a root cause? If the flip is caused by something else and not an issue in and of itself, what is the cause? Let’s look at anatomy. If I start swinging down with my hips and shoulders but at impact my hips and shoulders stop, they would be facing the ball. If that is true my arms should still be in the air (get up and try it). However, I still want to hit the ball! So what happens? My hands and arms race forward since my hips and shoulders stopped. That is one cause of a lead arm breakdown. Now try swinging down (this should be done in super slow motion by the way so you can really see what I’m talking about) with your hips and shoulder but keep them going through impact. Your arms should fall towards the ball with the shaft leaning forward. Well that’s different isn’t it? Check out the example of fixing the flip at the end of this article. 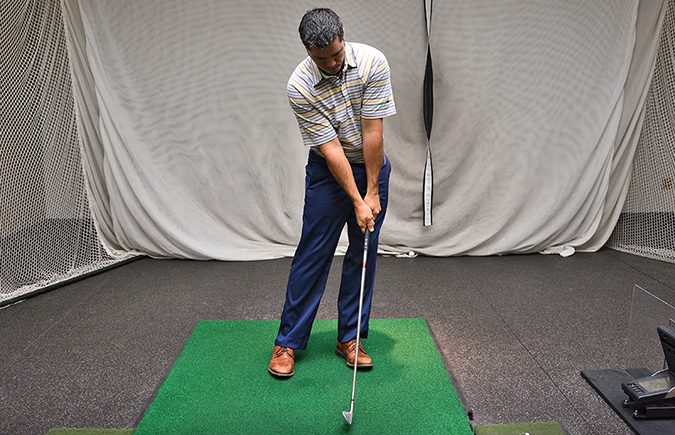 You can also look at the follow-though. If your lead arm breaks down and your elbow bends in you were probably flippy at impact. Do the words “chicken wing” sound familiar? You won’t see someone with a great impact position that has a chicken wing. By fixing extension past impact you’ll likely fix impact. Of course there are even TOUR players, such as Lee Westwood, who actually do have a slight chicken wing, but you can also see in video that his arm is folding correctly. I would call Westwood’s move an early arm fold more than a chicken wing.

So how do we come to the conclusion that your hips/shoulders aren’t turning enough or you don’t have a good follow-through? Video helps for sure. At GolfTEC, we use video and motion measurements of the hips and shoulders to show us the exact amount of turn, tilt, sway, bend and other numbers during the swing. The TOUR average of hip and shoulder turn at impact is 36 degrees open (for a right-hander that means hips/shoulders pointing left) which gives the arms room to swing down correctly without having to flip. Without the numbers though it’s very difficult to quantify how much someone turns.

There you have it! Two ways to fix the dreaded flip. One is by increasing hip/shoulder turn through impact and the other is getting more extension in your follow-through. In essence you are fixing impact by fixing bigger flaws first. There are many more situations where problems in the swing aren’t the real problem, only an affect from a bigger fault somewhere else in the swing.

Here is a comparison of a classic flip against a much better impact position. The flip occurred here because the body did not rotate enough. As the body rotates more (pictured right), the hands and arms have room to swing down correctly into the ball. 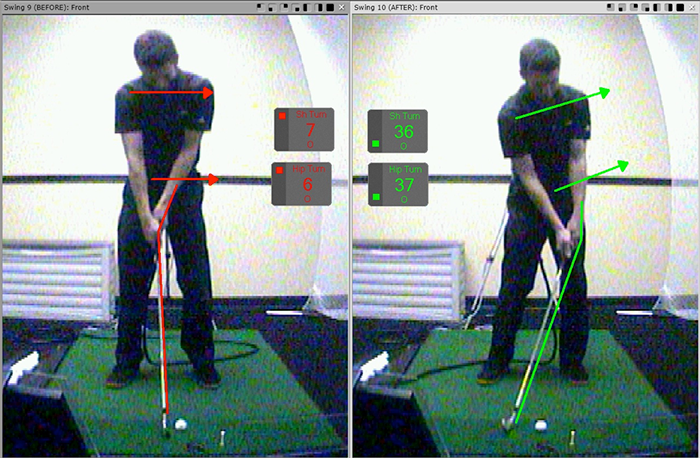 Here is the side view showing some other tell-tale signs of a flip. The posture on the left has become taller to make room for the arms while the golfer on the right has turned more instead of standing up. The golfer can create room for their arms by standing up or turning. The latter is of course the preferred method since the flip is much less likely to occur. 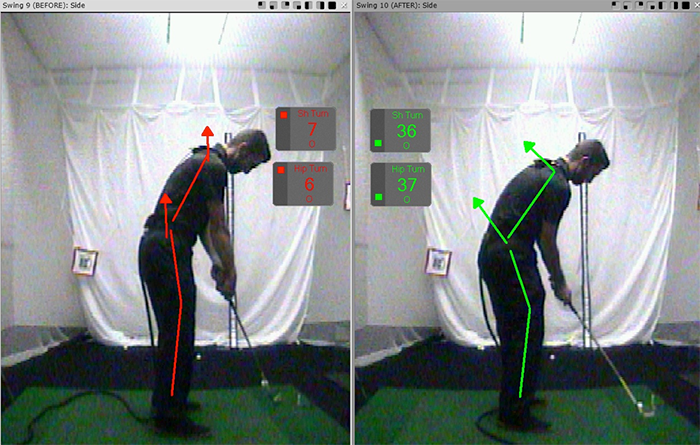 Do you need help fixing your flip at impact? Contact a GolfTEC Coach today to get started! Be sure to subscribe to the GolfTEC Blog for great drills, located here.

Get your ball to stop, drop and barely roll on the green

Are you playing with old equipment? It IS holding your game back