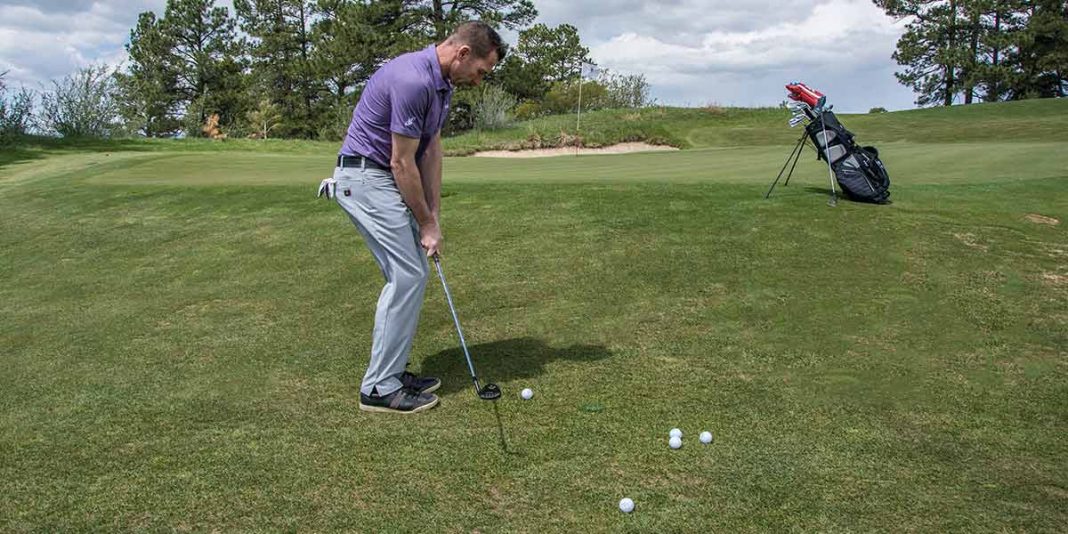 If there’s a tour-level shot around the green every amateur wishes they had in their bag, it’s the one-hop-stopper to tap-in range the pros hit with seeming ease.

Because, you know the story: You’re only a few yards from the putting surface with high hopes of saving par, but more often than not your shot screams out low and over the green and – along with the expletives you’ve muttered – you’re left with the same club still in hand while staring double bogey right in the face.

Then you may be hitting these shots with a clubface that’s too de-lofted at impact, which is often caused by a common setup miscue that can be easily remedied.

In the video below, Brad Skupaka gives a quick tip on how to adjust your setup and use your wedge’s loft more effectively. This change will not only help you create more spin and better distance control, but allow you to finally execute those enviable, tour-level shots around the green you know you’re capable of.

So check it out and, as always, consult a local GOLFTEC Coach who can help you further!

As illustrated in the image below, a lack of spin and distance control on your chip shots and pitch shots is often caused by de-lofting the club too much at impact. This de-lofting can occur from the hands being positioned too far toward your lead foot at address, with the ball placed too far back toward your trail foot.

The next image illustrates a simple remedy to create more spin and distance control by moving the ball more forward in your stance, while placing your hands farther back toward your trail foot and more directly, or vertically, above the ball.

This change is setup helps you utilize the club’s natural loft better, which in turn creates a higher trajectory and those desirable, spinning shots which take one hop and stop.

Ditch your lob wedge around the green

If you’re not sure if this tip is for you, find a GOLFTEC near you and talk to a Coach today!