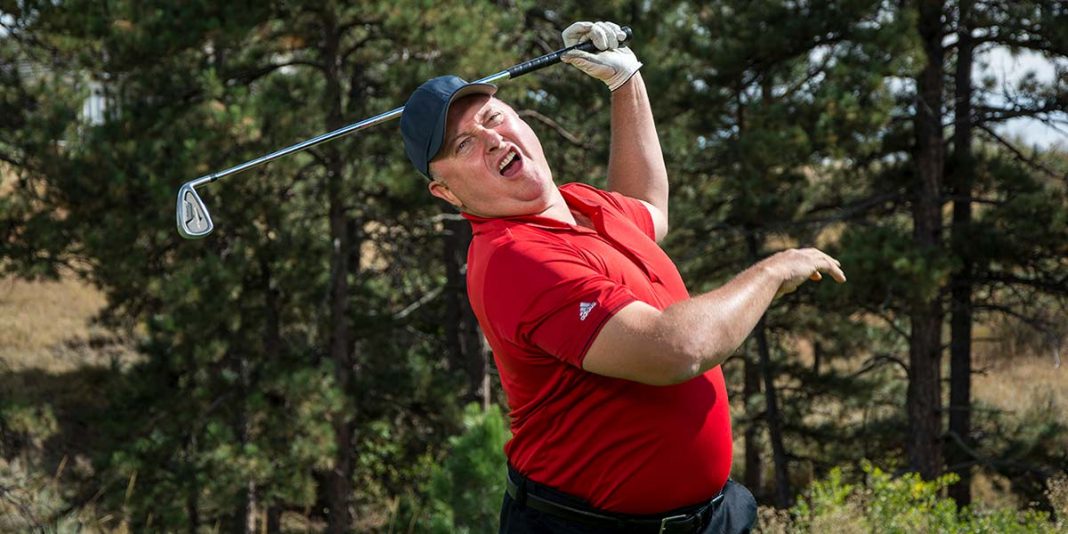 Use the three-lane highway system to eliminate the dreaded shank from your game!

The mere thought of this evil word makes golfers squirm in their seat.

Yes, El Hosel can wreak immediate havoc on your game and immediately ruin your confidence. But, while you may relegate the shank as “just one of those things” occurring from time to time, do you really know what causes this ugly shot?

Most golfers think the shank is an anomaly rather than a diagnosable and treatable problem. So, let’s discuss what leads to these shots in your swing and ensure we avoid those unexpected visits to Shankland!

What exactly is a shank?

A shank is a shot that deflects at a severe angle away (left or right) from the intended target line – sometimes up to 45 degrees or more – because the club makes contact with the ball on the incorrect part of the face.

Here are a few different forms of shanks:

A good way to think about how you can eliminate the shank is by envisioning the hitting area as a three-lane highway.

The middle lane is where the club and ball should meet, the near lane is closest to the golfer, and the far lane is on the opposite side of the ball, farthest away. I like define these areas as lanes instead of the common terms of “inside” and “outside” of the ball, because it’s easy to get those confused with the path of the club during the swing.

How to ensure swinging in the middle lane, not the near or far lanes

It’s often said an over-the-top or inside-to-out swing path is what creates the shank. While those paths certainly can create this shot, the more constant variable at play in Shankland is the path of the hands in relationship to the body.

Here’s a simple, yet scientific way to explain further …

In the downswing, there is an unhinging (ulnar) movement created due to centrifugal force, which creates a higher hand position at impact than at address. This is a natural movement to occur in the golf swing.

While it should be known there are MANY causes and subsequent fixes for shanking unique to the specific characteristics of the golfer’s swing, there’s a simple drill I’ve had success with that focuses on improving hand path to ensure swinging through the middle lane.

Before starting this drill, apply some impact tape or foot powder spray on the clubface to learn where on the face you tend to miss the ball. Just a few swings should reveal your pattern.

Useful tip:
Pay close attention to the feeling of how far your hand path moves through in relation to your body, and you’ll soon replace your erred move with a consistent swing through the middle lane!

Lesson Series: What causes the slice?

Downswing sequencing for a draw

Not sure if this drill is right for you? Find a GolfTEC near you and talk to a Coach who can help today!