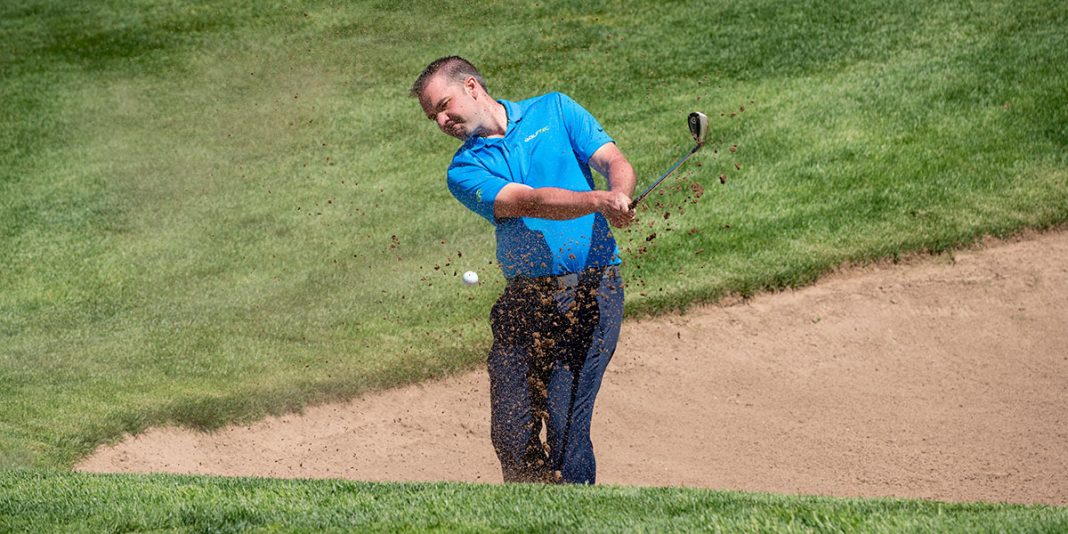 As seen on Golf Channel: Perfect your bunker play by first understanding how to use your club’s bounce

There’s hardly a worse feeling than when you take a GIANT hack at a bunker shot, only to see the ball remain in its original spot with half of the bunker’s sand splashed onto the green in its stead.

It’s a frustrating part of the game for many golfers. And while even the pros take more than a single whack to get the ball out of the sand from time to time, there’s a reason the world’s best err so infrequently.

It starts with an understanding of how to utilize your wedge’s design and, specifically, its bounce.

Bounce is a big deal! 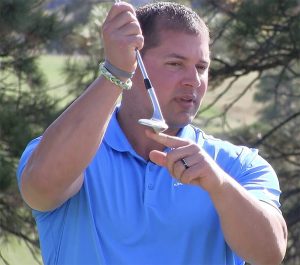 When it comes to anything sand related, we talk A LOT about bounce because, well, it’s important! Also, because a lot of golfers don’t truly understand how to utilize the design of their golf clubs most effectively.

As a refresher, bounce is the angle formed between the leading edge of the clubface and the lowest point of its sole.

This angle basically helps the club to shallow out upon entry into the sand and consistently swing through the area where the ball lies, as opposed to digging straight into the ground like a shovel and getting stuck there.

If you didn’t catch that, bounce is a good thing. Many golfers, however, don’t use the club’s bounce effectively and that’s a surefire recipe for bunker shot disaster.

A setup for success

For the best results in the bunker and utilizing bounce, it’s crucial to nail your setup.

A common mistake causing the leading edge to dig sharply occurs when the ball is positioned too far back in the stance with the clubface set square to the target. This promotes the shaft to lean too far forward, toward the target, and subsequently create an angle of attack that is too steep.

Good bunker players instead play the ball more forward in their stance with the shaft positioned farther back, away from the target, while employing an open clubface position that promotes use of the bounce and a shallower angle of attack. Bunker aficionados also tend to have a lower hand position at address, which further encourages use of the club’s bounce when it enters the sand.

Make it difficult to make it easy

Now that you have an understanding of how your setup and wedge’s anatomy can create better bunker shots, an effective way to engrain this into your game is by practicing with a 7-iron.

Because your 7-iron has less loft and bounce, it’s more difficult to hit a high and soft shot than with your higher-lofted wedge. Of course, that’s no surprise. But, what you may not have thought about is by practicing with this club and exaggerating the points above, you’ll truly learn how to utilize your wedge’s bounce proficiently.

In the video below, Brad Skupaka stopped by Golf Channel’s ‘Morning Drive’ to further explain how using bounce and practicing bunker shots with your 7-iron can help. With a little work in the sand as Skupaka recommends, getting out of bunkers will soon feel like a piece of cake.

Brad Skupaka explains how this drill with a 7-iron can help you properly use the bounce on your wedge and make you a better bunker player.