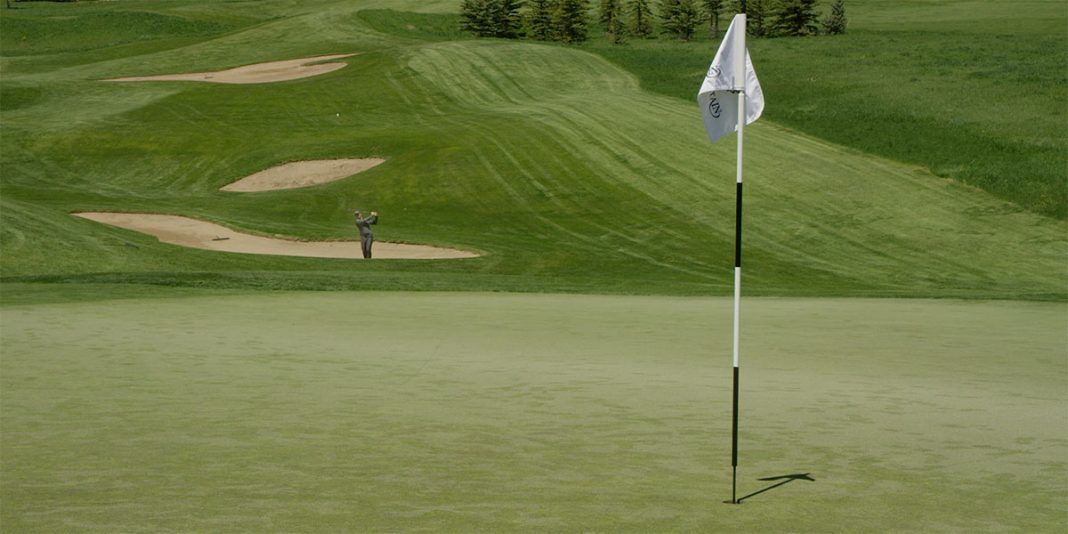 Greenside bunkers. Some people love them; others despise them. Either way, they occasionally pop up during a round, and you have to deal with them. The ones nestled up close to the green are pretty standard. But what about when you land one in a bunker 40-yards out from the green? That’s when things can get messy.

Finding your ball in a bunker this close (yet far away) from the green can put your mind to the test. You want to make sure you can get the ball out of the sand and near the flag, but then there’s always that risk of overshooting the green.

Rest assured, GOLFTEC’s VP of Instruction, Nick Clearwater has factored in all those worst-case scenarios and has the perfect tip for those long greenside bunker shots.

Loft down and club up 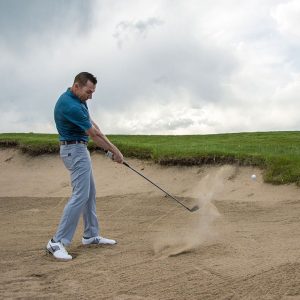 Not only is your goal to get your ball out of the sand, but you want to get as close to one-putt range as possible. So instead of opting for your typical high lofted wedge, grab a mid-iron, like an eight.

You’re not going to swing your 8-iron like you would if you were on plush green grass, you still have to get it through the sand. Take your usual bunker stance with the ball towards your lead foot. Open the face of your 8-iron, and swing a little bit harder.

By clubbing way up and adding some extra oomph, the ball should get up and out of the sand with enough power to reach the green.

It might seem rather unorthodox to lug an 8-iron into the sand with you, but it’ll increase your chances of getting up and down from those intimidating long bunkers.