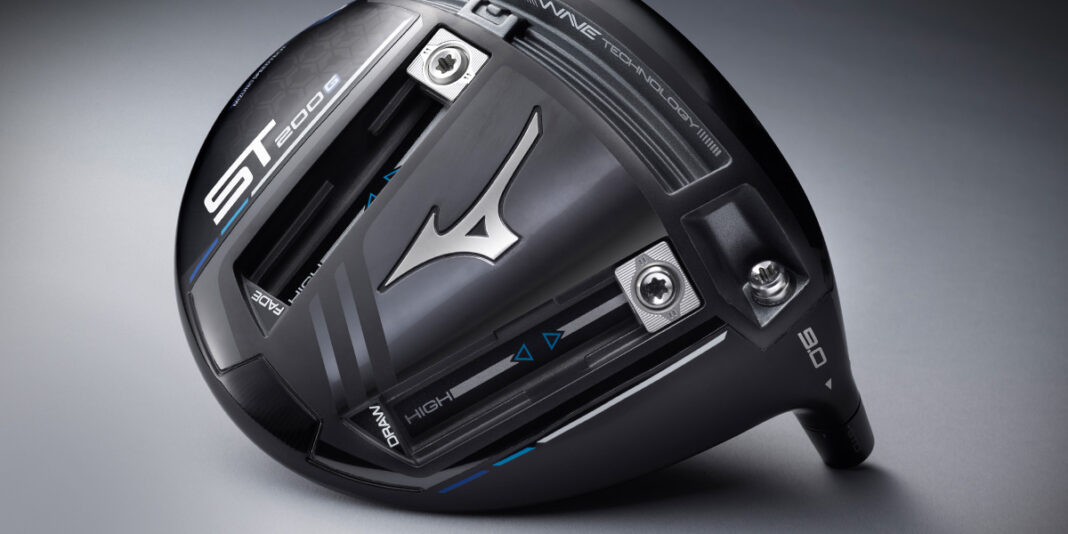 Mizuno brings distance and adjustability to a new level

Mizuno, who is traditionally thought of as an iron company, introduced the new ST200 line of woods for 2020 featuring 3 driver models; ST200, ST200G, and ST200X. Today, we’re going to take a look at what you can expect from these new drivers.

Jump to the section you want to read:

Each model of the ST200 features a variable thickness composite crown to save weight and a Wave Sole, which allows the bottom of the face to flex more and creates higher ball speeds. Where each model becomes different is in the adjustability of the weight. The ST200 features a fixed 11.6-gram weight in the rear while the ST200G features two movable 11-gram weights.

The 11.6-gram weight in the ST200 is still considered light compared to other drivers you’ll see in 2020. A lighter weight in the rear of the club usually sacrifices other things like MOI but that isn’t the case for the ST200 line. Mizuno is still able to get the MOI up to 4800 g/cm2 which is average to above-average MOI. If you are just tuning in, MOI is a measurement of the club’s forgiveness with 6000 g/cm2 being the USGA maximum, which no manufacturer has approached in the last 2 years.

When it comes to the center of gravity, the ST200 has a slight draw bias CG location but also has more face projection (the opposite on offset) than most drivers, so overall it should have a very neutral flight bias. The ST200G doesn’t have the high MOI of the ST200 but the movable weights in the ST200G allow for nearly 8 mm or horizontal CG movement, the most of any driver we have measured in 2020. You can truly make the ST200G work for any golfer’s ball flight simply by adjusting the weight locations. While the ST200G might not be the most forgiving driver on the market in 2020, with the MOI coming in at around 4500 in the highest setting, it does offer more adjustability that anything we have measured.

This year, Mizuno is also bringing us an extreme lightweight, draw-biased driver in the ST200X. The ST200x will feature a unique head-shape with extra weight in the heel and will come stock with lightweight shafts (39g-40g) making this driver ideal for players with mid to low swing speeds.

My favorite part of ST200 is that Mizuno is one of the few manufacturers bucking the extra-long shaft trend and keeping the stock length at 45” (still too long for most but better than 45.75”). After tens of thousands of club fittings, GOLFTEC has found that on average, golfers perform best (straighter AND farther) with a driver that is 44.5” long, more than an inch shorter than what you would buy off the rack. Ironically this is also the average length on the PGA Tour because the best players in the world also find this length performs the best.

With the ST200 series just hitting the market, our students couldn’t wait to get their hands on it, and for good reason. Notice here how this student only gained 2 mph in ball speed but over 30 yards in distance? Coach David Rosinski says this can be attributed to the dramatically lower spin rate produced by the ST200G. “Why the G200G? The miss-hits were favorable, spin rates never climbed much higher than 3200 RPMs and the ball started to go farther and straighter. We started to have fun after he started repeatedly hitting a push draw with the driver which we never really saw from him. The ability to have the weight forward and close to the face helped big time.”

If you decide to get fit for a new driver that helps you hit more fairways, the next step is to upgrade your iron set so that you can hit more greens! Mizuno’s MP20 line is another example of the craftsmanship that has earned Mizuno such an esteemed reputation in the golf industry.

Everything you need to know about putter fitting